This story is about a man who was a resident of the District 5 in New Orleans which flooded after Hurricane Katrina.  As the storm was approaching there was talk about needing to evacuate whole communities that might be at risk of flooding.  That morning, he prayed to God to protect his community from the flood, but the Disaster Preparedness Authorities decided that evacuation was necessary to maintain the safety of the residents of his community.  A reverse 911 call was sent out to all residents of the community to evacuate immediately. 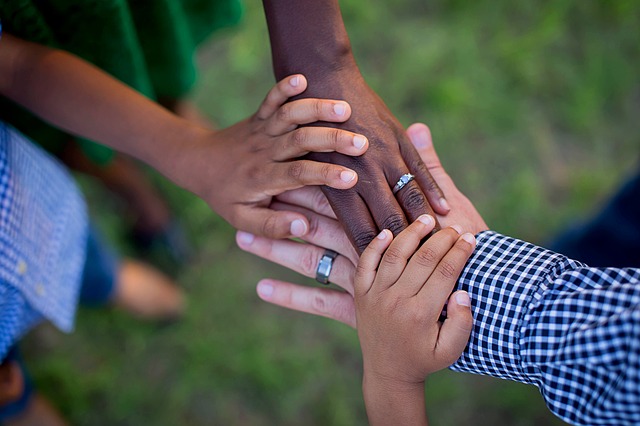 Being a devout Christian, this man was concerned about leaving his home and possessions behind. He decided to pray about this and asked God to give him a sign if he needed to leave.

As the storm continued the water began to rise in the street but was still only several inches deep.  The Fire Department drove through the streets of his community with loudspeakers blasting the warning to evacuate.  He chose to continue to pray for a sign from God.

A few hours later when the streets were covered with 2 feet of water, the National Guard drove from street to street and house to house in Humvees encouraging the last holdouts to leave with them.  When they came to his door, he declined to go with them saying that he was waiting for a sign from God that he would need to leave.  He said that he was confident that God would help him.

After another hour the floodwaters had risen to 8 feet and he was in the second floor of his house looking out the window when a motor boat came by with Coast Guard.  They pleaded with him to get in the boat.  He said that he was still praying and waiting for a sign from God.  He was confident that God would help him.

Less than an hour later the floodwaters were lapping at the roof of his house and he was on top of the roof clinging to his television antenna.  The Air Force came by in a helicopter.  They hovered over his house and lower a rope down to the roof.  They pleaded with him to grab on and be rescued.  He refused to grab the rope claiming that he was still waiting for a sign from God.

Within minutes the floodwaters were higher than his perch on top of his house and he was swept away in the torrents only to drown.

When he reached heaven he sought out God and asked him why he had not answered his prayers and sent him a sign telling him to leave his house.  Incredulous, God looked at him and said, “I sent you a reverse 911 call that you ignored.  I then sent a fire engine with firemen broadcasting the need to evacuate and again you ignored it.  Next I sent the National Guard in a Humvee to try to take you out of your home but you wouldn’t go with them.  You also would not go in the Coast Guard boat that I sent to get you.  And lastly you sent away the Air Force helicopter that I sent to rescue you.  I didn’t have any more signs to send you.”

God may work in mysterious ways and through many people.  Sometimes it is necessary to accept the help of others to allow your prayers to be answered.  I hope that you have been sent to me so that God can answer your prayers through my help.