In October of 2010 the scientific community was informed that British biologist Robert G. Edwards, PhD was to be awarded the Nobel Prize in Physiology or Medicine for the pioneering work he spent developing in vitro fertilization.  Since Louise Brown the first IVF baby was born in 1978 to an English couple, there’ve been over 4 million babies worldwide conceived with IVF. 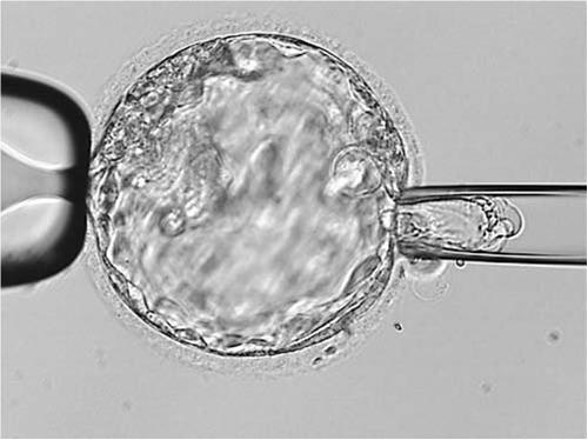 This is momentous and it is my feeling that we should all celebrate this occasion.   My only regret is, “Why did it take so long?” Certainly this award is long overdue.  Although IVF was initially controversial, it has long been widely accepted as a key treatment for infertile couples.

Amidst a steady stream of ethical and moral questions raised by in vitro fertilization, I have watched reproductive technology make tremendous advancements toward our knowledge of basic reproductive events.  IVF has enabled us to understand the human reproductive process in a way that has never been possible in the past.  It was Dr. Edwards alone who had the vision for IVF and the dedication to make it happen.

In 1968 Dr. Edwards called his friend Dr. Patrick Steptoe, a pioneer in laparoscopic surgery in London, England, and asked him for his help.  Dr. Edwards would prepare the patients and their ovaries and Dr. Steptoe would aspirate the oocytes from their follicles by laparoscopic means.  Their perseverance was legion in that it took them 10 years before they had their first successful birth—Louise Brown.

Dr. Edwards wrote a summary of the early years of IVF in 2001 that was published in Nature Medicine (7:1091-4, 2001).  In this paper he described the care with which they pursued IVF.  They both agreed to stop if any danger emerged to either patients or to the resulting children.  They vowed however not to stop because of religious or political controversies.  Their collaboration extended over 20 years until Dr. Steptoe’s death in 1988.

In vitro fertilization very quickly captured the imaginations of all reproductive endocrinologists around the world.  In 1980 the first birth outside of England occurred in Australia.  In 1981, the first IVF baby in the United States was born.  In 1983, the program that I started had its first birth here in Denver Colorado.  By the end of 1983 there were only 150 IVF babies born worldwide.  This was indeed an exciting time in Reproductive Endocrinology and Infertility.  I have been blessed to have been a part of this.

I first began performing in vitro fertilization in 1982.  In the subsequent 30 years, I have seen a succession of developments that have improved the success rates for IVF from less than 10% to over 70%.  In 1983, the world saw the first pregnancy conceived with a donated egg.  In 1984, the first successful baby was born from a frozen-thawed embryo.  By 1986 there had been only 2000 IVF babies born worldwide.

In 1990, we saw the development of preimplantation genetic diagnosis (PGD).  Originally this was used for the identification of embryos containing abnormal genetic information.  More recently it has been used in an attempt to try to improve IVF outcomes; however, there is conflicting data on whether it has been able to fulfill that promise.  Nevertheless, the future for PGD remains limitless.

The early 1990s saw a rapid improvement in the laboratory techniques that made a huge difference in pregnancy rates.   Perhaps one of the most important developments in IVF occurred in 1991 with the development and introduction of intracytoplasmic sperm injection (ICSI).  This process essentially eliminated male infertility.  As long as there were as many sperm as there were eggs, we could have successful fertilization and pregnancies.  We even found that men who were azospermic (no sperm in the seminal ejaculate) could have immature sperm remove directly from the testicle for use with ICSI.

By the year 2000, the number of births worldwide had soared to 1 million.  The problem was with the simultaneous improvement in technology, we experienced not only a large rise pregnancy rates but an alarming rise in multiple pregnancies.  Although it might sound cute to have triplets or quadruplets or even octuplets, the resulting morbidity and mortality of the infants can be devastating.

Unfortunately many programs have been slow to amend the number of embryos they transfer to patients.  The IVF world is a very competitive marketplace and no program wants to have their pregnancy rates suffer because they did not replace adequate number of embryos to maximize the chances of pregnancy.  Instead, unfortunately, many programs relied upon fetal reduction (a kind euphemism for abortion) to correct their mistakes.

It is always been my contention that there are worse things than not being pregnant.  To be pregnant with multiples and lose all of the babies or have damaged babies is certainly worse.  And for many patients to be put in a position to have to undergo a fetal reduction procedure is also traumatic.  If too few embryos are transferred and pregnancy does not occur, the couple always has the option to repeat an IVF procedure.  On the other hand if a multiple pregnancy occurs, they have only two choices.  Maintain the pregnancy and hope and pray for the best possible outcome or undergo an abortion procedure.

In the past 10 years, it has been unusual for us to transfer more than two embryos.  In fact, in patients with an excellent prognosis, a single embryo transfer is even preferable.  In older women with poor embryos and a poor prognosis for pregnancy, the transfer of three embryos is acceptable.  With this formula we can dramatically minimize the number of multiple pregnancies—essentially eliminating triplets and minimizing the number of twins.

More than 30 years have passed since Louise Brown was born, but the milestones and miracles continue to mount.  Isn’t it wonderful to be a part of this!