Green Tea and its many Health-Enhancing Benefits By Dr. Bruce Albrecht on June 29, 2018

Green tea may just be that miracle drink that helps you safely lose weight by trimming fat, especially the visceral fat in the abdominal region. Visceral fat accounts for the troublesome apple shape that leads to inflammatory conditions like obesity, metabolic syndrome and diabetes. Green tea also curbs your appetite, increases your metabolism and boosts your endurance. 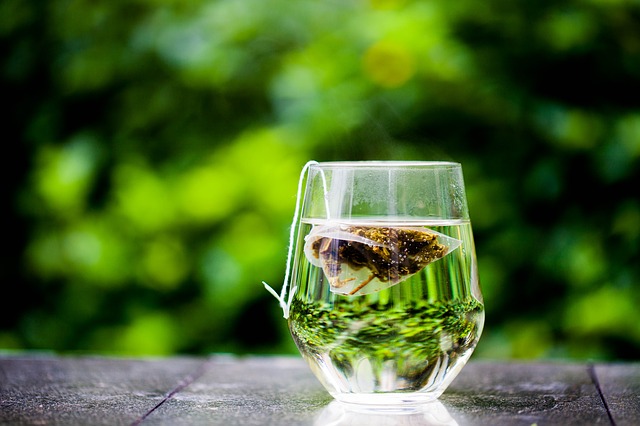 1. Tea Every Day Makes Fat Go Away. A Japanese study found that daily consumption of green tea for 12 weeks helped reduce body fat, body weight and waist circumference. A Chinese study of 182 overweight adults came to a similar conclusion, particularly in regard to trimming waistlines.

2. Hot Green Tea Heats Your Metabolism. Green tea is considered thermogenic because it increases both your body’s metabolism and the number of calories burned. According to a study published in the American Journal of Clinical Nutrition, participants who drank green tea increased the amount of energy expended over 24 hours by 4%.

3. Green Tea Enhances Exercise. Drinking green tea by itself won’t magically make you lose weight. To get the healing benefit, it’s best add it to a regimen of regular exercise. Green tea is loaded with beneficial catechin flavonoids which promote endurance in exercise by stimulating the use of fatty acids by liver and muscle cells. Burning this fat reduces the rate at which carbohydrates are used, which allows for more endurance, more exercise and more weight loss. According to a study published in the Journal of Nutrition, participants who drank catechin-rich green tea combined with exercise lost twice as much body weight than those in the non-catechin group. They also reduced their abdominal fat and their triglycerides

Fill to the Brim on Green tea. Overeating creates a cycle of food craving. Leptin is a protein hormone that signals your brain to eat when you’re hungry and to stop eating when you’re full. But chronic overeating (and eating unhealthy foods such as those sweetened with high fructose corn syrup) can disrupt how leptin functions. In the same way you can become resistant to the effects of insulin, you can become resistant to leptin. Even though your body has plenty of leptin signaling you to stop eating when you’re full, you literally don’t get the message. Your brain thinks your body is famished and therefore directs it to continue eating and store more fat.

The primary catechin in green tea, epigallocatechin gallate (EGCG) affects leptin levels in your body so that your brain gets the signal that you’re full, thus curbing appetite. Preliminary research at the University of Chicago suggests that the EGCG in green tea helps suppress appetite by affecting leptin levels.

Brew your own at home. Watch out for those novelty drinks in the cooler section of your grocery or convenience store. Just because it’s green, called tea, doesn’t mean it’s healthy. They’re loaded with lots of junky sweeteners and additives that’ll send you on a roller coaster of food cravings. Brew your own tea at home, chill it if you like your drinks cold and carry it with you in a water bottle to sip on all day to get maximum greet tea benefits. Add a just little 100% apple juice if you want it a bit sweet.