FIVE Surprising Facts About Your Fertility By Dr. Dana Ambler on August 05, 2018

FIVE Surprising Facts About Your Fertility

Ready to conceive? Arm yourself with the facts before getting started.  A recent web-based study from the American Infertility Association (AIA) showed that only one in more than 12,000 women could answer 15 questions about their reproductive life cycle! 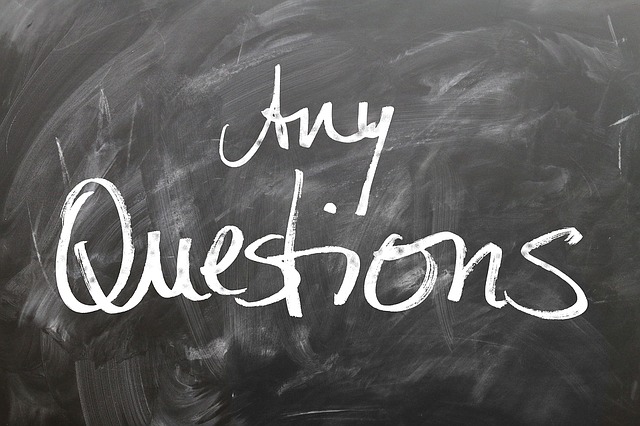 Here are some facts about fertility that every couple should know:

Ovulation day is NOT necessarily the best day to try to conceive a child.

Sperm can live in the female reproductive tract for up to three days after intercourse, so having sex every day, or even on ovulation day, is not necessary. What is critical is knowing when you are fertile. According to data from the AIA, 20 percent of couples seeking infertility treatment are not timing intercourse correctly.

A woman is fertile for a period of six days, the five days leading up to ovulation (when the egg is released from the ovary) and the day of ovulation. A study by the National Institute of Environmental Sciences found, much to the researchers' surprise, that a woman 's capacity to conceive seems to end on ovulation day. So if women charting their basal body temperature are waiting for their temperature to go up to have intercourse, they're too late. We recommend using ovulation kits because they let you know when you're about to ovulate. Having sex on the two days prior to ovulation offers the greatest chance of conception.

Sexual positions DO NOT affect your chances of conception.

No study has confirmed that one position is more effective than any other in achieving pregnancy. In fact, sperm can be found in the cervical canal mere seconds after ejaculation, regardless of position. Of course, aiming for the deepest penetration and maximum cervical contact makes sense, but the optimal position varies because every woman's body is different.

Sperm start swimming immediately after ejaculation; therefore, it isn't necessary for a woman to stand on her head after intercourse!  In addition, there may be little advantage to lying around after intercourse to keep the sperm inside you.

Overall good health and diet doesn’t mean that you are fertile.

You exercise regularly, eat a nutritious, healthy diet, and have a normal blood pressure level. That's great, but it doesn't mean you're fertile.

For healthy women, fertility peaks in their mid-20s, begins declining at age 32, then takes a steep decline around age 38. If you are in your mid 30s or older and trying to conceive, you need to be very strategic in your efforts to conceive.  That means figuring out when you're ovulating and having sex at optimal times.  If you're over 35 and concerned about your fertility, the American Society of Reproductive Medicine advises women to consult a fertility specialist if they fail to get pregnant after six months of unprotected intercourse.  Women ages 38 to 40 should wait no longer than three months before they see a specialist.  If you’re over 40, you should speak with a fertility specialist immediately and at least have a fertility evaluation.

There is no magic diet that will increase the chances of sperm meeting egg; the best thing you can do is eat a diet high in nutrients and fiber and cut down on your consumption of highly processed foods. It's also important for couples trying to conceive to get plenty of folic acid, which helps prevent birth defects and can improve sperm count.

Like so many things in life, fertility thrives on balance.

Limiting things like caffeine, and alcohol use while trying to conceive can certainly help.  Doctors have mixed feelings about how much caffeine is safe once you are expecting.  This is because the literature is conflicting.  Most condone the equivalent in a small cup of java a day -- about 100 milligrams -- though some may recommend forgoing it entirely, especially in the first trimester.  Don't forget to tally other common sources of caffeine, like soda, tea, energy drinks, and even certain pain medications.  A 12-ounce can of soda or 8-ounce cup of green or black tea can pack anywhere from 30 to 60 milligrams of caffeine; two tablets of extra-strength Excedrin have 130 milligrams. If you're worried, start reading labels to see how much caffeine is in your diet.  Excess alcohol intake has been shown to interfere with your fertility and can also lower sperm counts in men. So, if you like to party on the weekends, you may want to change your drinking habits before trying to conceive.

While all nutrients are important for health, there are some that have been specifically shown to have a direct impact on fertility.  Antioxidants are one of the most important components to having healthy fertility that every woman and man needs to focus on.  Talk with your physician about which supplements are right for you during your fertility journey.

The infamous ‘biological clock’ ticks for men too.

A man's age matters.  As men get older, the chances of conceiving and having a healthy child decline.

Researchers at Bristol and Brunel Universities evaluated 8,500 couples to determine the impact of age on the length of time it took to conceive. They discovered that 8% of men 25 years old or younger were unable to impregnate their partner after a year of trying.  That number doubled for men over the age of 35.  The study suggests that paternal age, too, may be a consideration for couples struggling with infertility.

Male fertility starts to decline after age 40 when sperm quality decreases. You may still produce a similar number of sperm in your 50s as you did in your 30s; however, their shape (morphology) and movement (motility) are both likely to deteriorate as you get older. As a result, it will be more difficult for them to fertilize an egg.  From about the age of 40, your testosterone levels are likely to decrease.  This may reduce your libido, or make it more difficult for you to have regular sex.  Illnesses that decrease fertility are more common among older men. Certain medications for later-life medical problems can also interfere with fertility.

The method of contraception that a woman has used may impact conception. Women who used progesterone injections of Depo-Provera may have to wait for normal fertility to resume after they've stopped using the drug for six to nine months or even a year. It may take women who use Lunelle, another injectable form of birth control, six months to a year to have a normal menstrual and ovulation cycle.

While many women believe that the effects of the pill linger long after they stop using it, that's yet another myth. Furthermore, it's not necessary to wait several cycles to "wash out" oral contraceptives before getting started. In fact, immediately after the pill is stopped, there can be an ovulatory rebound effect, resulting in a super-fertile period. Oral contraceptives also help to preserve fertility -- pill users have a decreased risk of illnesses that harm fertility, such as endometriosis, PID, and ectopic pregnancy.

The bottom line? Make informed decisions regarding your birth control choices before you decide you want to get pregnant.

If you are struggling to conceive call to set up a consultation with Denver Fertility Albrecht Women’s Care today at 720-420-1570.